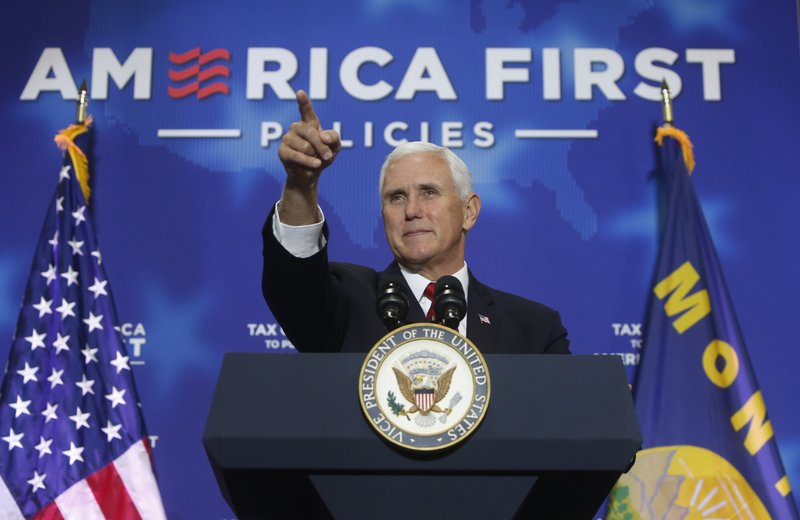 MADISON, Wis. (AP) – Vice President Mike Pence is making a pair of stops in the presidential battleground state of Wisconsin to tout a pending trade agreement with Mexico and Canada.

The Pence stops Wednesday in Marinette and Pleasant Prairie come after he traveled to Pennsylvania, another battleground state, on Monday.

Pence was scheduled to speak at a shipbuilder in Marinette followed by stopping at the shipping and packaging materials distributor Uline in Pleasant Prairie.

Congress is considering whether to ratify the deal, known as the U.S.-Mexico-Canada Agreement.

President Donald Trump was the first Republican presidential candidate since 1984 to win Wisconsin, and the state is important to his re-election campaign.