Jamal Jackson is Being Held Without Bail

DULUTH, Minn. – The suspect accused of shooting and killing a Duluth man outside of a downtown bar in 2018 has been found guilty of murder.

St. Louis County prosecutor Jon Holets said Jackson approached Pennington outside of Aces on First on the 100 block of West First Street around 1 a.m. Sept. 1 before shooting Pennington in the face as he stood across the street from the bar on the sidewalk with friends.  The two did not know each other. 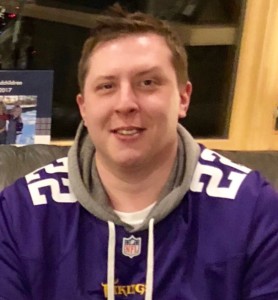 Jackson testified he shot Pennington in self-defense after he says Pennington verbally threatened to kill him while reaching toward his waist.  Jackson’s defense attorney, Laura Zimm, told jurors the friends Pennington was with had been bullying Jackson, accusing him of a burglary, and Jackson even believed a “hit” was put on him.  This is why Jackson went across the street to confront the men about it before Pennington followed to join the group and was eventually shot, according to Holets.

Holets said 10 witnesses at the scene testified they did not see a fight, hear any yelling or hear any threats before the shooting happened.

Holets said surveillance images captured Jackson walking away from the scene and only turning back once before passing two law enforcement vehicles without asking for help.   He would then head to a downtown park before leaving with his pants turned inside-out.

Police testified a weapon was never found on Pennington.   Jackson told the court he dug a hole near the shore of Lake Superior to hide his weapon used in the crime.  It has not been recovered.

Jackson was also seen laughing on surveillance in the Tri-Towers Apartments in Duluth before getting a ride to Minneapolis to eventually turn himself in for an unrelated warrant involving a drunken-driving case in Duluth, according to Holets.

Jackson is being held without bail.

The family of Scott Pennington released the following statement to FOX 21:  “We wish to extend our heartfelt gratitude to the prosecuting attorney Jon Holets and staff, as well as the City of Duluth Police Department for all of their thorough diligence throughout their investigation. There will forever be an empty place in our hearts for Scott, who was so loved by his family and friends.”