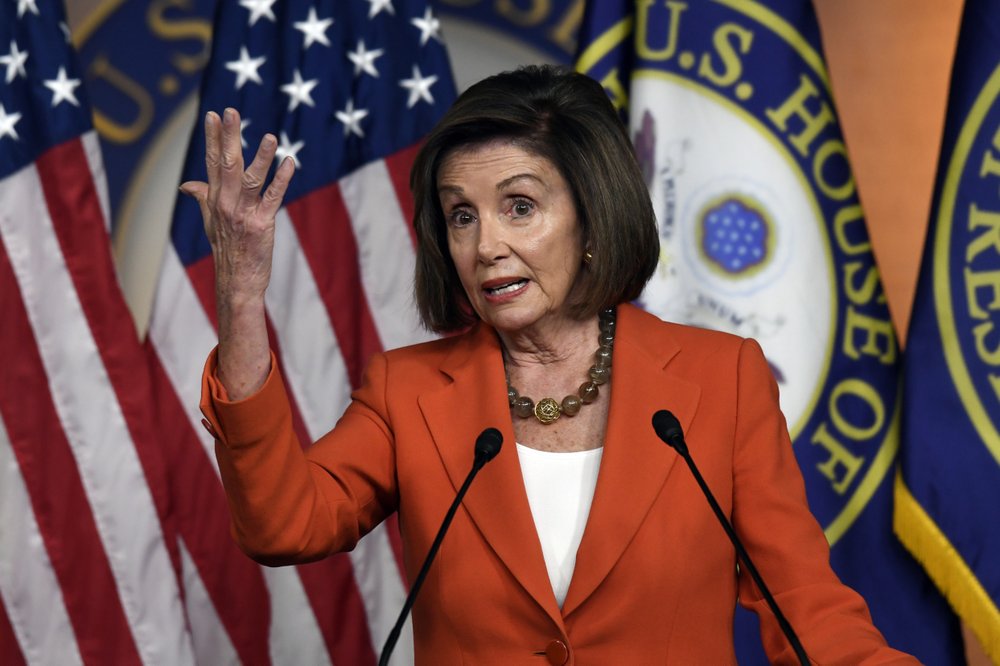 WASHINGTON (AP) – A sharply divided House has approved the rules for its impeachment inquiry of President Donald Trump.

Thursday’s near party-line 232-196 roll call was the chamber’s first formal vote on a process that’s likely to take months, possibly stretching into the early weeks of the 2020 election year.

House Speaker Nancy Pelosi says a vote to approve ground rules for their impeachment inquiry of President Donald Trump is a solemn but necessary duty for lawmakers.

Standing next to a large U.S. flag in the well of the House, Pelosi said the impeachment inquiry was necessary to defend the Constitution and prevent an abuse of power by Trump.

“The times have found each and every one of us in this room,” Pelosi said. She urged lawmakers to vote in favor of the impeachment rules “to protect the Constitution of the United States. What is at stake in all of this is nothing less than our democracy.”

The investigation is focused on Trump’s efforts to push Ukraine to investigate his Democratic political opponents by withholding military aid and an Oval Office meeting craved by the country’s new president.