The Company Says the Spill has Been Contained 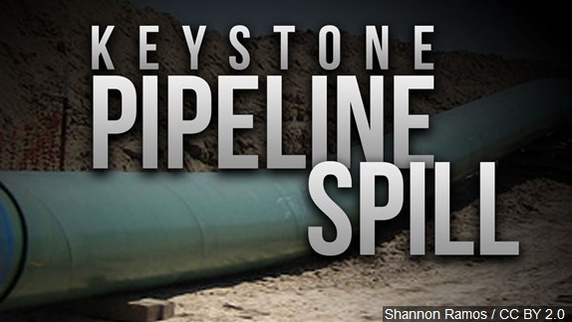 BISMARCK, N.D. (AP) – North Dakota regulators say the Keystone pipeline leaked more than 383,000 gallons of oil in the northeastern part of the state.

Calgary-based TC Energy says in a statement that the pipeline leak affected about 22,500 square feet of land near Edinburg, in Walsh County.

The company says the spill has been contained and its cause is unknown.

North Dakota regulators were notified late Tuesday night of the leak. They say some wetlands were affected, but not any sources of drinking water.

Water Quality Division Director Karl Rockeman says the pipeline has been shut down since the leak.

The Keystone pipeline is part of a 2,687-mile system that also is to include the proposed Keystone XL pipeline.