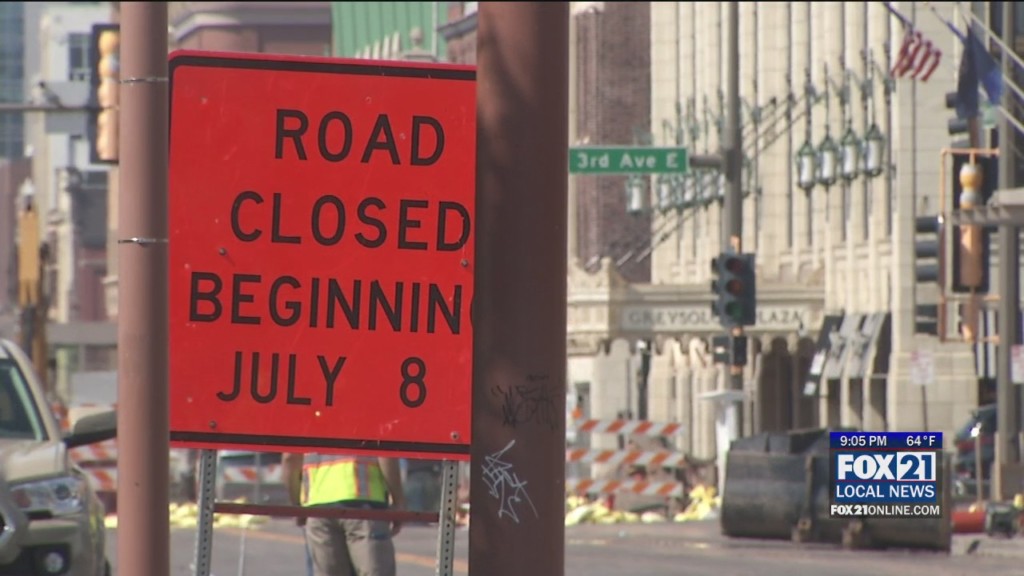 DULUTH, Minn. – According to the City of Duluth, a portion of Superior Street’s Phase II reconstruction project will be delayed until next spring.

In a recent press release the city says Phase II will be completed on November 15 so they can reopen the roadway for the winter, but the asphalt between 3rd and 4th Avenue East will be torn up again in April to allow for the placement of permanent concrete.

The sidewalks along that block will also have temporary asphalt until next year when the asphalt will be removed so concrete can be poured.

The city says the work will be done at the same time as Phase III and will take about six weeks to complete.

“Delays happen for a variety of reasons, and with this project the record amount of rain, cold temperatures, and unexpected findings below the surface was challenging,” said project manager Duncan Schwensohn. “The contractor had crews working six days a week throughout the entire project to ensure as much work as possible could be done. We continue to learn a lot from each phase of this project, and are looking forward to our last phase next year.”

Officials say they expected some delays for this portion of Phase II due to Essentia Health’s medical district renovation project and the preparation of the housing development at 333 East Superior Street.

A celebration for the completed portion of Phase II, which stretches from Lake Avenue to 3rd Avenue East, will be held in front of Pizza Luce on November 15.

A public meeting will be held on November 19 for Phase III at the Holiday Inn in the Lake Erie/Ontatio room where city staff, Northland Constructors and MnDOT will give an overview of the area and Lake Avenue Bridge projects.