The Dunn County Sheriff’s Office is Offering a $600 Reward 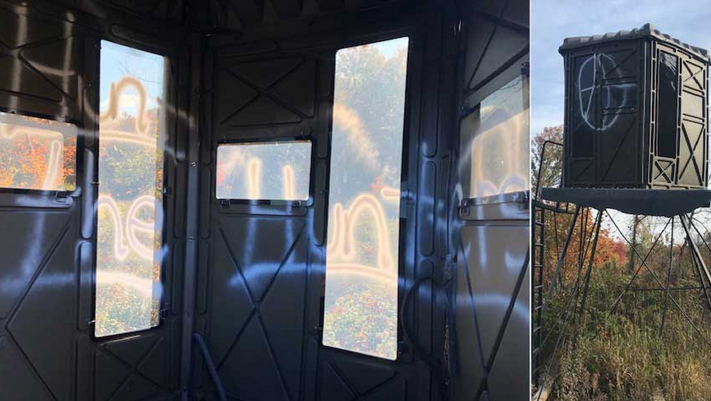 The damaged stands have been seen in Dunn, Barron and St. Croix counties. Scott McDermott in New Richmond says the stilts of his stand were cut in half. The words “The hunters will be hunted” were painted on the stand.

McDermott tells KARE-TV that that made him angry, and he doesn’t understand why someone would damage property.

Barron County Sheriff Chris Fitzgerald says there may be a possible connection to the Animal Liberation Front. The damage includes the spray-painted letters A.L.F.

The group says on its website that it destroyed 10 stands. In a statement, it says it’s more effective when it strikes directly at those who “murder our nonhuman relatives” than when its members hold signs in protest.

The Dunn County Sheriff’s Office is offering a $600 reward for information that leads to the arrest and conviction of those responsible for the vandalism.