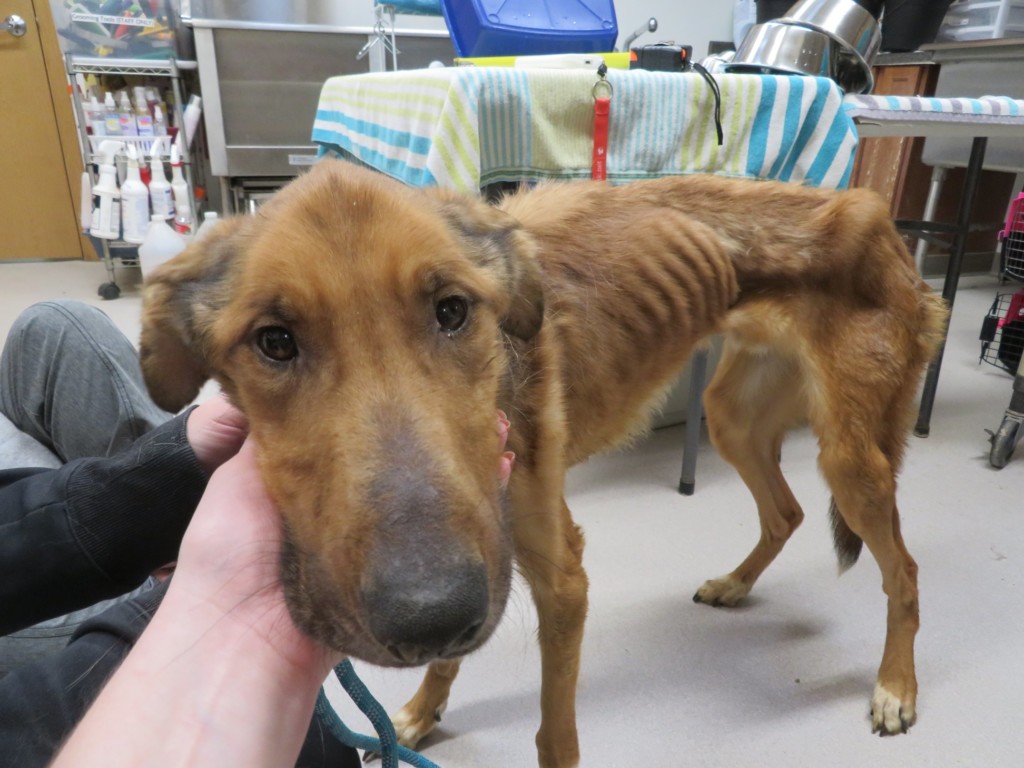 MENOMONIE, Wis. (FOX 9) – Authorities in western Wisconsin arrested a 29-year-old woman for animal mistreatment after dropping off a severely malnourished dog at an animal shelter, claiming it was a stray.

When the woman surrendered the 2-year-old dog to the Dunn County Humane Society on Nov. 1, he weighed only 24 pounds.

Shelter staff and veterinarians told police he was weak and disfigured and his organs were starting to shut down, according to the Boyceville Police Department arrest report.

The Dunn County Humane Society reported on Monday that the dog, who staff named Gabriel, has gained 20 pounds since arriving at the shelter. They said he is doing well.

“His playful personality has the staff laughing daily at his antics…such a fun-loving goofball,” the humane society said in a Facebook post.

An investigation determined the woman who dropped off the Gabriel was his owner. She claimed she took care of the dog every day, but eventually admitted to police that she had surrendered him and lied about finding him, according to the arrest report.

The owner was arrested for failure to provide proper food and drink to an animal, a misdemeanor, and intentional mistreatment of an animal resulting in disfigurement, a felony.

Boyceville Police Chief Greg Lamkin said he released her with a summons to court and referred her case to the Dunn County District Attorney’s Office for a charging decision.

With Superior Mask Mandate on Horizon, Business Owners Prepare for its Passage

Wisconsin Youth Employment Down During Pandemic