Small Fire at NorShor Theater Out

The building was evacuated just after noon Thursday 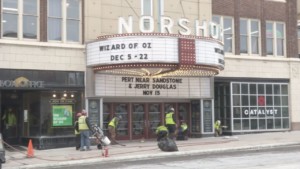 DULUTH, Minn.- Just after noon Thursday, the NorShor Theatre in Duluth was evacuated.

According to the theater, while construction crews were working on sealing the outside of the building from moisture for the street project, embers fell and landed on insulation lining the NorShor’s street front. Those embers began to smolder, smoke appeared, and the fire department was contacted.

“The building and its staff are 100 percent fine, with some slight damage to reach the smoldering insulation,” according to a Facebook post from the theatre.