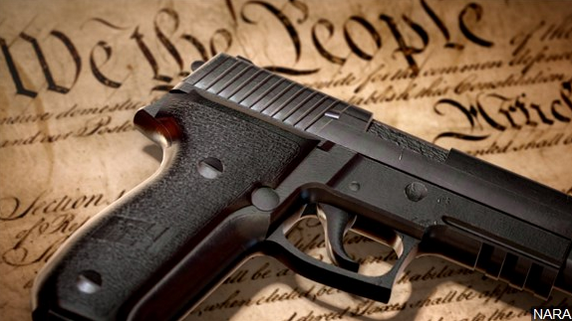 FLORENCE, Wis. (AP) – A county in rural northeastern Wisconsin has declared itself a Second Amendment sanctuary, a move commissioners say is designed to send a “keep your hands off our guns” message to politicians.

The Journal Sentinel says the nonbinding measure gives the sheriff the ability to “exercise sound discretion to not enforce against any citizen an unconstitutional firearms law.”

Sheriff Dan Miller says people who live “up north” tend to be more conservative and like their guns. He says the ordinance “sends a message that all of Wisconsin is not exactly the same.”

The ordinance doesn’t mean firearms will not be taken away from convicted felons or in criminal cases, including domestic violence or drugs.