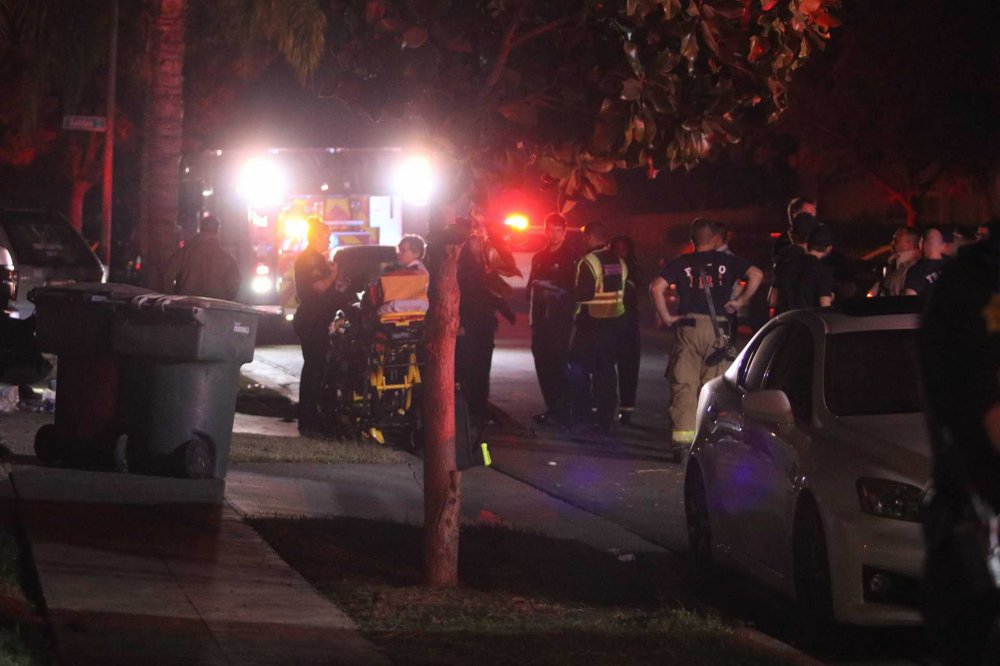 (Larry Valenzuela/The Fresno Be via AP)

FRESNO, Calif. (AP) – As police search for suspects and a motive in the killing of four people at a backyard party in Fresno, California, neighbors say they are scared because there have been other shootings in the same neighborhood recently.

Choua Vang tells the Fresno Bee in a story published Monday that his neighbor’s house was shot at last week and that he feels unsafe being outside after dark.

Vang says he is worried about his family members who work overnight shifts and that his family is thinking of moving out of the Fresno neighborhood.

Deputy Chief Michael Reid told the Fresno Bee and the KSEE/KGPE TV stations that a total of 10 people were shot, with three found dead in the backyard. A fourth person died at the hospital. Six others are expected to survive and are recovering at the hospital.

All the victims were Asian men ranging from ages 25 to 35, Reid said.

“What we do know is that this was a gathering, a family and friend gathering in the backyard,” Dooley said. “Everyone was watching football this evening when unknown suspects approached the residence, snuck into the backyard and opened fire.”