Five Killed After Fire Breaks Out in Minneapolis High-Rise

Jeff Horwich told the Star Tribune that the 24-floor Cedar High Apartments has smoke alarms but isn’t required to have a sprinkler system by code due to its age.

Horwich referred follow-up questions about the building and its inspection history to an attorney who didn’t immediately respond to messages.

Three other people were injured in the blaze. The building houses mainly seniors and single residents of low-income.

A Minneapolis City Council member says the fire “could have been a lot worse.”

Abdi Warsame toured the 14th floor of the Cedar High Apartments after the blaze was extinguished.

Warsame says the floor is “absolutely gutted” and the scene is “horrendous.”

The building sits in a part of Minneapolis known as “Little Mogadishu” for the concentration of Somali immigrants who have settled there.

But Warsame, who is Somali-American, says the building’s occupants are not all Somali.

He says residents were gathering for a meeting after the fire and organizers have arranged interpreters who speak Somali, Korean, Spanish and Aramaic.

Warsame says the main priority is to get the residents back into their apartments where they can be warm and have access to medicines.

This is a developing situation. Check back for updates. 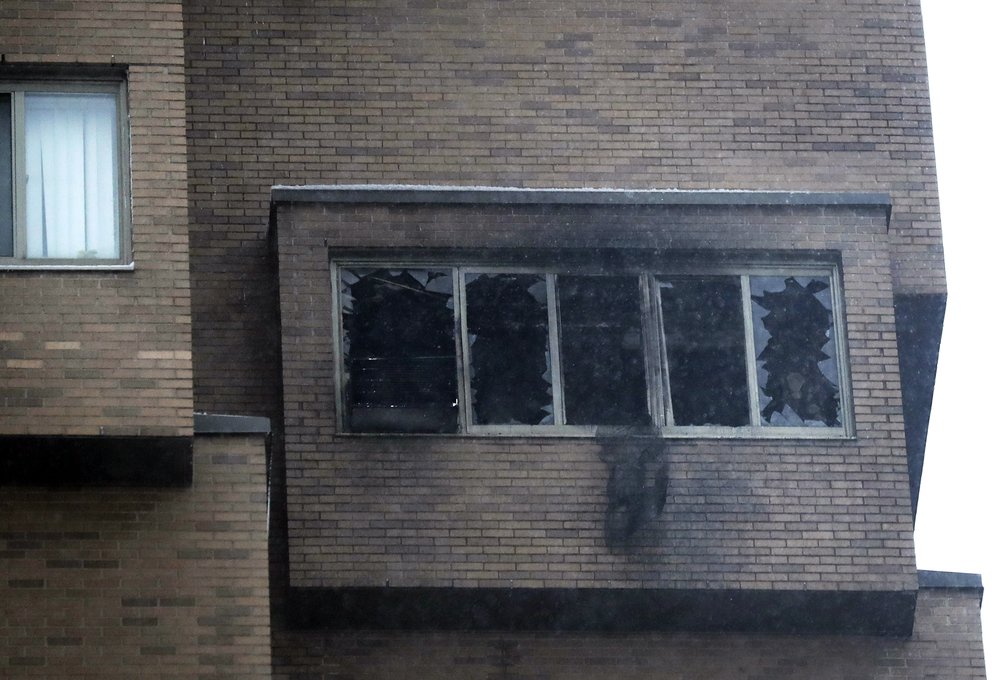