A significant and very dangerous winter storm is still on track to bring much of the Northland to a virtual standstill later Saturday into early Sunday!

Some light lake effect snow could develop along the North Shore Friday night, but a large shield of moderate snow will move south to north into the Twin Ports overnight into early Saturday morning.

With some warmer air aloft, we could see some light freezing rain mixing in with the snow, at first.

Easterly winds will be on the increase and those winds will gusts to 40 miles-per-hour Saturday, Saturday night, and early Sunday.

With the winds and heavy snow falling at the rate of an inch or two per hour during this time period, whiteout conditions are likely, especially near Lake Superior! 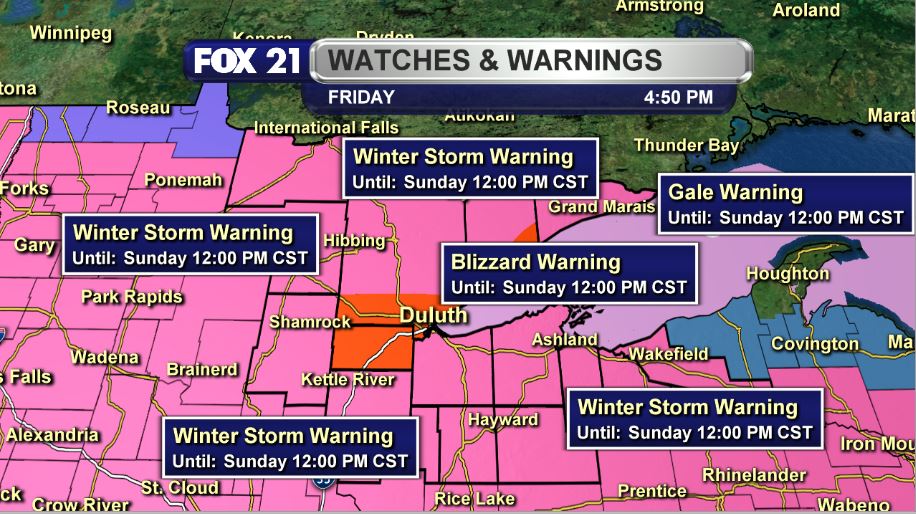 A “Blizzard Warning” goes into effect at 6 a.m. Saturday through noon Sunday for Carlton, southern Lake and southern St. Louis counties in Minnesota.  Travel is highly discouraged during this time period!

A “Winter Storm Warning” covers the rest of the Northland from late Friday night through Sunday afternoon (except for Ontonagon County, Michigan, which is still under a “Winter Storm Watch”). 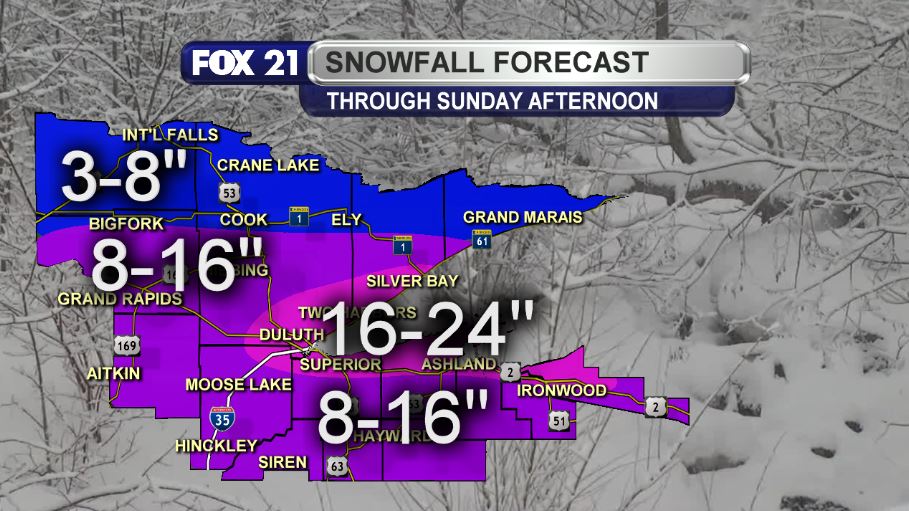 The Twin Ports, the North Shore, and the Snowbelt will likely see 16″-24″ of snow with this storm!

Except for northern Minnesota, which will pick up 3″-8″, the rest of the Northland will get 8″-16″ of snow.

In addition to the heavy snow, those strong winds coming off Lake Superior will cause lakeshore flooding for the Twin Ports with waves of 10-18 feet!

This is a very dangerous and life-threatening storm, so please take it seriously!