The famed Tettegouche State Park Sea Stack toppled during the recent winter wallop that started blanketing the region with multiple inches of snow on Saturday, November 30.

One archived picture provided by Tettegouche State Park is a black and white photo from around 1932, showing a robust arch and stack. 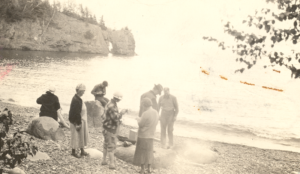 The other arch photo provided below is from just before the arch fell back in 2010. 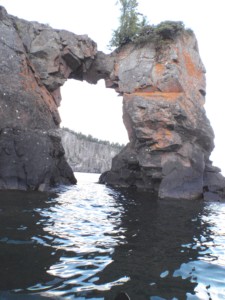 The third picture is a snapshot taken by Park Naturalist Kurt Mead on Sunday, December 1 after the stack fell. 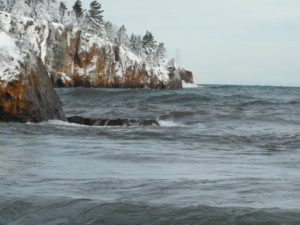 Mead says the photos document the erosion of the structure over several generations.

He says the same forces that created the arch and stack, eventually brought them down.

Departments of Transportation Gearing up for First Measurable Snowfall