Climate Activist Greta Thunberg is Time ‘Person of the Year’

Thunberg is the Youngest Person Ever to Hold the Title 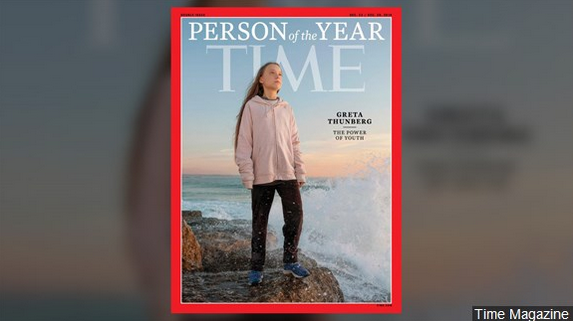 NEW YORK (AP) – Swedish climate activist Greta Thunberg has become the youngest person ever to be named Time’s “person of the year.”

The U.S. news magazine gave the 16-year-old Thunberg the honor on Wednesday for “sounding the alarm about humanity’s predatory relationship with the only home we have.”

Leaving a United Nations climate conference in Madrid, Thunberg told The Associated Press she was “a bit surprised” by Time’s recognition.

She dedicated it to all young activists.

Thunberg emerged as the face of the youth climate movement after she started skipping school once a week to protest outside her country’s parliament.

In the past year and a half, she has drawn large crowds at international conferences and demonstrations outside Sweden.