No Charges for 2 Minnesota Wrestlers in Alleged Sex Assault

The Men Will Not Face Criminal Charges Due to 'Inadequate Evidence' 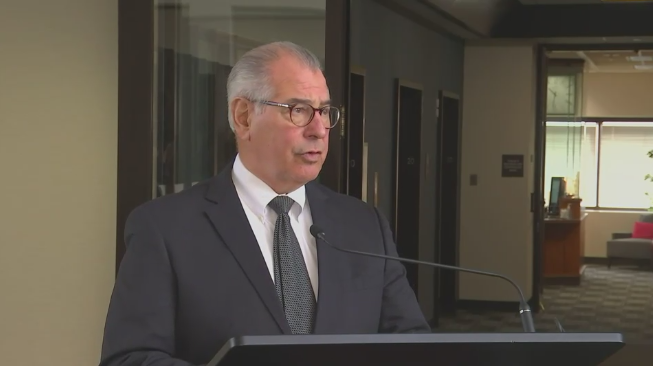 MINNEAPOLIS (AP) — Two University of Minnesota wrestlers who were arrested on suspicion of criminal sexual conduct in June will not face criminal charges due to “inadequate evidence,” a prosecutor announced Friday.

Gable Steveson and Dylan Martinez were arrested on suspicion of criminal sexual conduct after someone reported rape on June 15 and went to a hospital for treatment.

Hennepin County Attorney Mike Freeman told reporters Friday that all criminal cases, including sexual assault crimes, must meet the standard of proof beyond a reasonable doubt.

“There are often conflicting versions of what happened and this case is no exception,” he said. “In the interest of justice, there is inadequate evidence to fairly charge and prosecute this case.”

He provided few details, saying his office doesn’t believe in re-victimizing the victim.

Both wrestlers were suspended from team activity after the arrests. Steveson’s attorney, Christa Groshek, told the Star Tribune that he has since been allowed to practice but not compete. Steveson is one of the nation’s top heavyweights and an aspiring Olympian who placed third at this year’s NCAA championships.

Groshek did not immediately return messages from The Associated Press seeking comment on Freeman’s announcement.

Steveson was a four-time state champion at Apple Valley High School. He had a 35-2 record this season — his first competing for the Gophers. Martinez didn’t wrestle last season and was listed as a redshirt sophomore. He wrestled for Fresno (California) City College before enrolling at Minnesota. It was not clear if he had an attorney who could comment on his behalf.