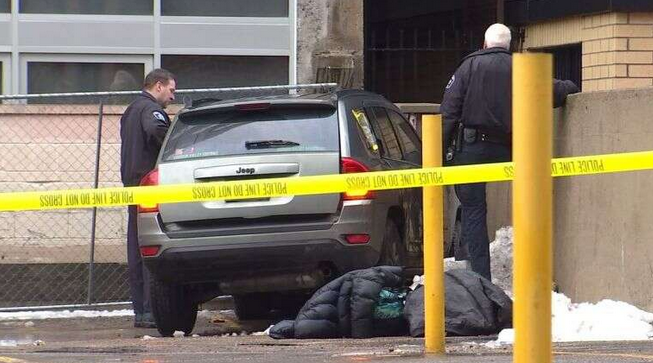 MINNEAPOLIS (AP) – An altercation in downtown Minneapolis has left one man dead and two other people with injuries.

Police say a fight between two men resulted in one of them stabbing the other Sunday morning.

Investigators say the man who was stabbed got in an SUV and intentionally ran over the other man accused of inflicting his injuries.

The two men, in their 40s, along with another person in the vehicle were taken to Hennepin County Medical Center.

Authorities say the man hit by the SUV later died at the hospital.

The condition of the other man improved and he was arrested on suspicion of murder.