DULUTH, Minn. – A drunken driver who killed a Duluth woman and her grandson in a 2012 crash has been arrested again on suspicion of driving while impaired. 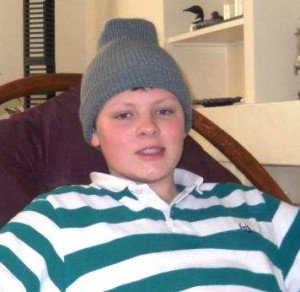 Edwards is expected to be formally charged Tuesday.

Edwards was 19 years old when he admitted and was later sentenced to driving drunk when his pick-up truck crossed the center line of Woodland Avenue and slammed into 65-year-old Paula Bergren’s vehicle.

Bergren was later pronounced dead at a hospital.

Her grandson, Everett, who was 13 years old at the time of the crash, died a year later after complications from his severe injuries to the brain.

Everett’s mother, Trista, told FOX 21 Monday that the new drunken driving arrest happened the same day Everett died seven years ago.  She says the DWI arrest by Edwards is a big slap in the face to her and her family.

Edwards got out of prison in 2017 and completed his supervised release in September of 2018, according to Minnesota Department of Corrections spokeswoman Sarah Fitzgerald.