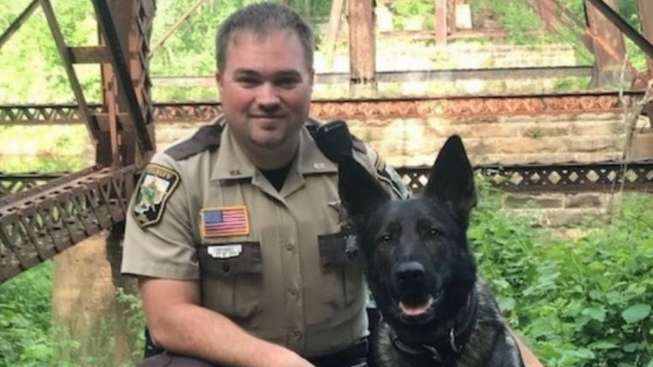 Neel has been with the sheriff’s office since 2003, serving a variety of roles including school resource officer at Hinckley-Finlayson High School, a SWAT operator and most recently, a K-9 handler.

“To say our office is sad is an understatement,” the sheriff’s office said in a statement. “Deputy Neel was a great deputy and man overall. He was everyone’s best friend.”

On Oct. 25, Neel was on a hunting trip in South Dakota when he collapsed. Doctors learned he had two brain tumors that required surgery.

According to his family, Neel suffered a massive brain stem stroke as a complication from his surgery. Doctors said he would not be able to recover from the damage from the stroke, so he entered hospice care.

A GoFundMe page has been set up to help Neel’s wife, Jen, who also works at the Pine County Sheriff’s Office and the couple’s four children.