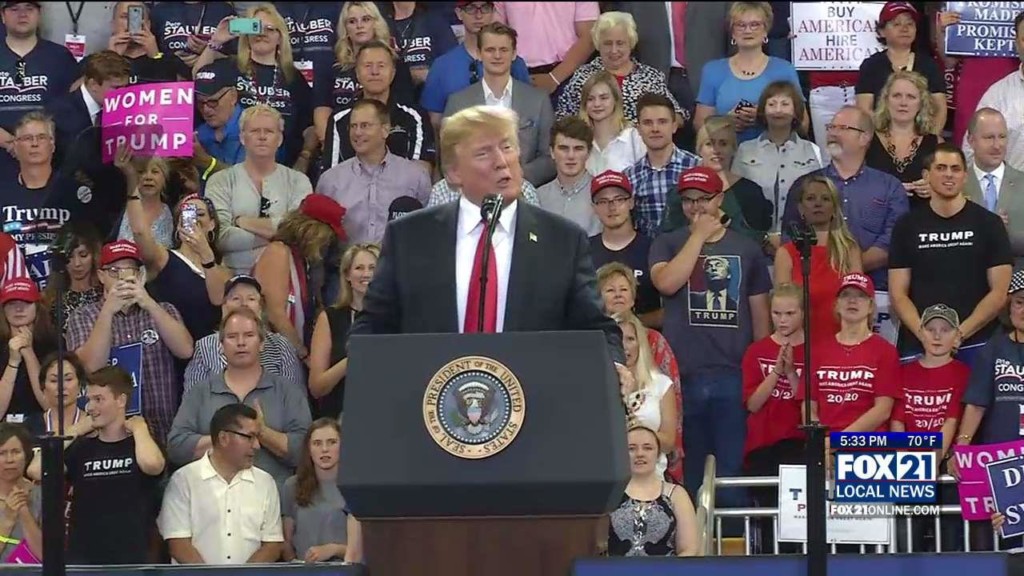 MILWAUKEE (AP) – Some supporters of President Donald Trump lined up starting Monday night to make sure they would have a spot inside the Milwaukee arena where he hosts a rally Tuesday evening.

Trump is making his first 2020 appearance in a state that’s a critical battleground in the race.

Before the rally, Trump’s son-in-law and senior adviser Jared Kushner was to hold an event touting the administration’s criminal justice reform efforts.