It happened Sunday at about 5:30 p.m. Deputies and responders arrived and learned that Marshall Bader had been accidentally pinned under the arms of a skid steer loader during a farming operation.

He was pronounced dead at the scene.  An autopsy was completed at the Ramsey County Medical Examiner’s Office.

According to his obituary, he was a third grade student at Murphy Elementary School in Grand Rapids and loved playing hockey. The community is also honoring Bader by placing hockey sticks outside their homes. 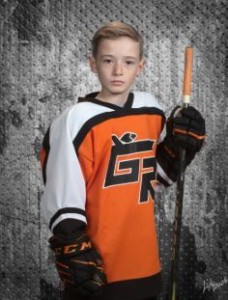