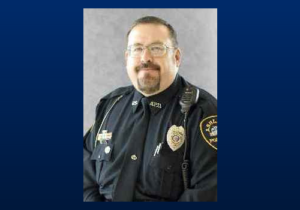 ASHLAND, Wis. – A former Ashland police officer has reached a plea deal involving an auto theft charge against him before he retired from the force.

Ty Juoni, 51, an 18-year veteran of the department, entered a plea of no contest Monday to the misdemeanor charge of auto theft and was found guilty.

He won’t serve jail time if he meets the conditions of the court for one year, including all treatment recommendations and no alcohol for that time.

In return, the criminal charge would be reduced to an Ashland ordinance conviction, according to Douglas County District Attorney Mark Fruehauf.

The criminal complaint says Juoni was out drinking heavily on the night of the crime before things got blurry and he woke up in a random alley.

Surveillance video showed Juoni parking a stolen vehicle at a local gas station during that time of being under the influence.

The owners of the vehicle left the keys in the ignition that night.