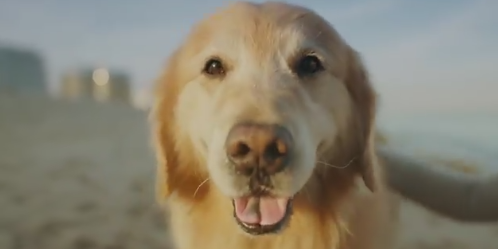 MADISON, Wis. – The University of Wisconsin’s School of Veterinary Medicine will be featured in a Super Bowl commercial that highlights a dog that survived cancer.

WeatherTech, which makes pet care products among other things, is paying for Sunday’s $6 million, 30-second ad.

The star of the commercial is Scout, a golden retriever whose owner is WeatherTech founder and CEO David MacNeil.

Twitter, meet Scout. Scout is a lucky dog, because when he was diagnosed with cancer, cutting-edge care from @UWVetMed‘s faculty and staff changed his life.

Get to know this good boy before you see him in @WeatherTech‘s #SuperBowl commercial this Sunday: https://t.co/ES5PBzGJNx pic.twitter.com/pMW8Qau5lO

Scout was diagnosed with an aggressive cancer last summer that left him with no more than a month to live.

The State Journal says MacNeil turned to the doctors at the school’s teaching hospital.

The ad follows Scout’s road to recovery and asks for donations to the school.