The party released 62% of results from all 99 counties after a daylong delay sparked by technical problems.

It was unclear when the remaining results will be released by the party, which says it is still verifying data from caucuses across the state.

Earlier Tuesday, Buttigieg called his performance in Iowa “phenomenal,” especially given the fact that he had started his presidential campaign with little name recognition. 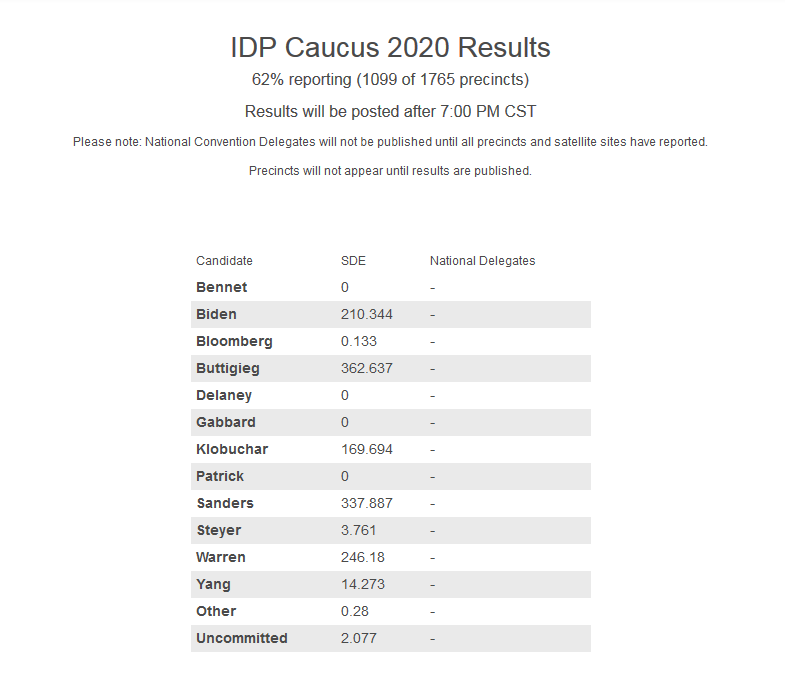 Three sets of results will be reported. They are the “first alignment” of caucusgoers, the “final alignment” and the number of “state delegate equivalents” won by each candidate.

The Associated Press will declare the winner of the Iowa caucuses based on the number of state delegate equivalents each candidate receives.

That’s because Democrats choose their overall nominee based on delegates.

While the other results provide insights into the process, state delegate equivalents have the most direct bearing on the metric Democrats use to pick their nominee.