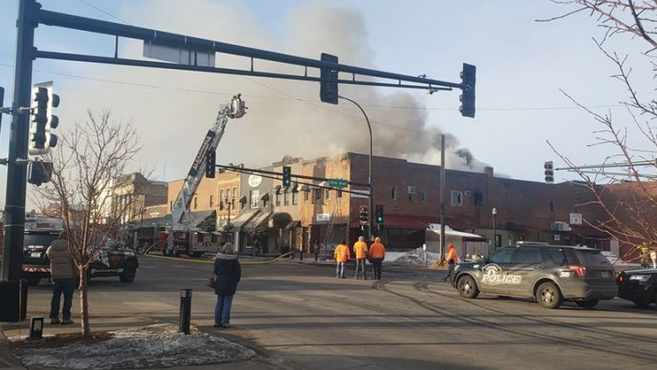 ALEXANDRIA, Minn. (FOX 9) – A fire burning in downtown Alexandria, Minnesota has destroyed four buildings and displaced more than a dozen residents who lived in the apartments above.

The fire started early Tuesday morning on the west side of the 500 block of Broadway Street, according to officials. Firefighters are demolishing the four affected buildings—RM Tattoo, Raapers Eatery & Ale, Charlie’s Bazaar and Little Darlings Children’s Boutique—in an effort to contain the fire.

The fire displaced approximately 20 residents who lived above the businesses. The American Red Cross is assisting the displaced residents.

More than 100 firefighters and first responders from five different fire departments are on the scene.

US Hits Russia With Sanctions For Annexing Ukrainian Regions