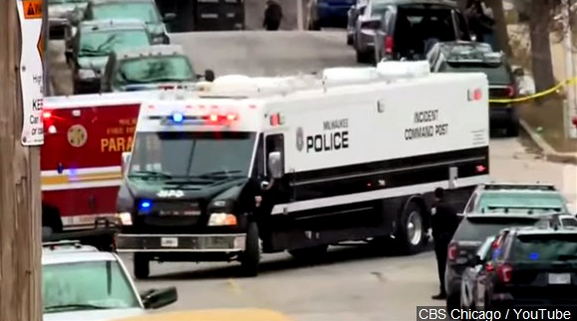 MILWAUKEE (AP) — Authorities on Thursday identified the man who gunned down five co-workers at one of the nation’s largest breweries before taking his own life a 51-year-old electrician who had worked at the Milwaukee Molson Coors complex for 15 years.

The chief could offer no motive, saying the shooting remains under investigation. He left without taking any questions.

Authorities have not released details about how the shooting unfolded.

Ferrill was a married father of two adult children and one younger daughter. Neighbors described him as a nice guy and helpful neighbor who enjoyed building guns, working on cars and playing with his dog.

“I considered him a son,” said neighbor Erna Roenspies. “He wasn’t violent. He wasn’t a drunk. He was a gentleman. I just can’t believe it.”

Ferrill was a licensed industrial journeyman electrician. The Journal Sentinel reported that he was a member of the International Brotherhood of Electrical Workers in Milwaukee and that he served in the U.S. Coast Guard from 1987 to 1991 and was honorably discharged.

Brewery Workers Local 9 of the United Auto Workers, which represents about 400 workers at the complex, issued a statement Thursday calling the shooting a “senseless tragedy” and alerting members that grief counselors would be available at their union hall in West Allis, a Milwaukee suburb.