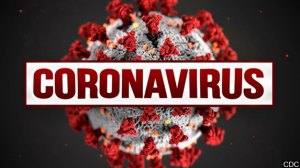 (FOX NEWS) Health officials in Washington confirmed Saturday that one person has died from coronavirus, marking the first disease-related death in the U.S.

Seattle and King County Public Health officials issued a vague media advisory announcing the first COVID-19 death in the U.S., adding that there was an undisclosed number of new cases as well.

News of the death comes on the heels of three new cases in California, Oregon and Washington in which the patients were infected by unknown means. They had not recently traveled overseas or had come into contact with anyone who had.

President Donald Trump said during a press conference Saturday that 22 people in the U.S. have been stricken by the new coronavirus and that additional cases are “likely.”

“She was a wonderful woman a medically high-risk patient in her late 50s. Four others are very ill. Thankfully 15 are either recovered fully or they’re well on their way to recovery. And in all cases, they’ve been let go in their home.

He said: “Additional cases in the United States are likely. But healthy individuals should be able to fully recover.”

The number of COVID-19 cases in the United States is considered small. Worldwide, the number of people sickened by the virus hovered Friday around 83,000, and there were more than 2,800 deaths, most of them in China.

The new COVID-19 cases of unknown origins mark an escalation of the worldwide outbreak in the U.S. because it means the virus could spread beyond the reach of preventative measures like quarantines, though state health officials said that was inevitable and that the risk of widespread transmission remains low.

As new cases have popped up in the United States, COVID-19 has become a polarizing point of contention between Democrats and the White House.

At a rally in South Carolina Friday night, Trump accused his Democratic critics of “politicizing” the coronavirus outbreak and dismissed the criticism about his handling of the virus as “their new hoax” and insisted “we are totally prepared.”