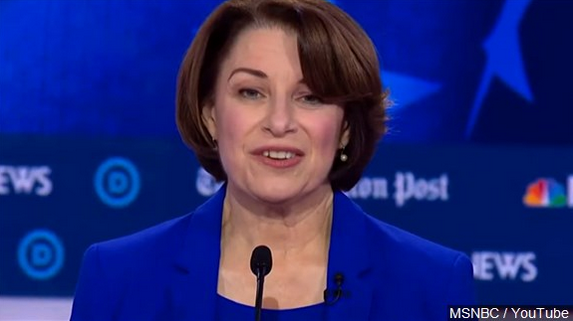 ST. LOUIS PARK, Minn. (AP) – Minnesota Sen. Amy Klobuchar has canceled a rally in her home state after protesters took over the stage shouting for her to drop out of the presidential race.

Klobuchar was scheduled to speak Sunday at St. Louis Park High School ahead of Tuesday’s primary.

But dozens of protesters took the stage chanting “black lives matter” and “Myon.”

That’s a reference to a black teen, Myon Burrell, sentenced to life in prison while Klobuchar was the county’s top prosecutor.

An Associated Press investigation questioned Klobuchar’s handling of the 2002 case.