Cloquet, Minn. — Police say a Cloquet man is on the run and believed to be armed and dangerous after officers discovered the deaths of a mother and her child Saturday afternoon.

The bodies of the 27-year-old woman and her 18-month-old son were found in a home on the 1600 block of Locke Lane in the city of Cloquet on the Fond du Lac Reservation during a welfare check Saturday around 1 p.m., according to Derek Randall, interim Cloquet police chief.

The suspect is identified as Sheldon James Thompson, 33, of Cloquet.  Thompson is described by police as Native American, 5’7″ tall, 180 pounds, with brown eyes and possibly a shaved head.

Police believe Thompson might be driving a dark-colored sedan, possibly a Buick LeSabre or Park Avenue, or a tan Honda Accord with Wisconsin plates.

He is considered to be armed a dangerous. The public is advised not to approach Thompson. 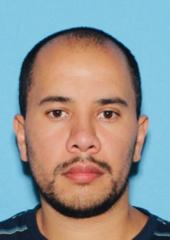 Anonymous tips about this case or Thompson’s whereabouts can be sent by sending the message CLOQUETPD TIP, followed by your message to 888777.  A link to the tip line can also be found on the Cloquet Police Department Facebook and Twitter pages.  You can always also call 911.

Investigators believe the suspect was known to the victims.

The Bureau of Criminal Apprehension is helping in the double homicide investigation.

Names of the victims have not yet been released as of Sunday afternoon.

Autopsies will be performed by the Midwest Medical Examiner’s Office in Ramsey, Minnesota to determine an cause of deaths.

“The motive is under investigation. There are numerous witnesses, and the interviews may take some time,” Randall said in a press release.

“We live in a very close-knit community in which trauma to any one individual or group deeply affects our collective well-being. We are doing everything in our power to ensure the safety of our people and our neighboring communities, with which FDL has strong ties.”