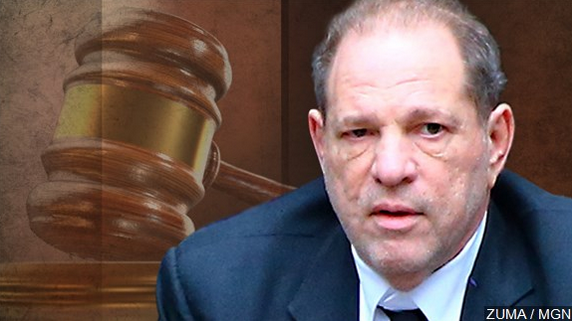 NEW YORK (AP) – Harvey Weinstein was sentenced to 23 years in prison for rape and sexual assault.

It’s a sight the Hollywood mogul’s multitude of accusers thought they would never see.

Weinstein was convicted last month of raping a woman in a New York City hotel room in 2013 and forcibly performing oral sex on another woman at his apartment in 2006.

He faced a maximum of 29 years in prison.

Both women that Weinstein was convicted of assaulting spoke in court Wednesday before Judge James Burke announced the sentence.