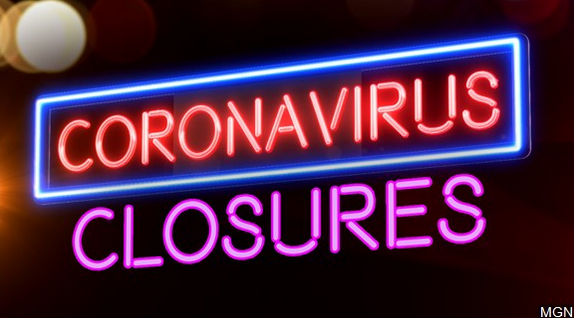 ST. PAUL, Minn. (AP) — Minneapolis ordered bars and restaurants to close as the number of coronavirus cases in Minnesota spiked to 54 on Monday and the Legislature sharply scaled back its operations.

Minneapolis Mayor Jacob Frey declared a local public health emergency, ordering the closure of or limiting access to bars, restaurants, nightclubs, and coffee shops effective at noon Tuesday. Operations will be restricted to delivery, takeout and drive-thru orders. The declaration requires City Council approval to remain in force for longer than 72 hours. The mayor’s office said in a statement that he would be “in close communication” with state leaders on the process.

Meanwhile, the Minnesota Department of Health was “in discussion with the governor’s office” about whether to order the closure of bars and restaurants, Kris Ehresmann, the department’s infectious disease director, told reporters at a daily conference call. She did not elaborate, but Gov. Tim Walz said Sunday that he couldn’t rule it out.

Walz called a news conference for Monday evening to “announce further action to curb the spread of COVID-19 in Minnesota.”

For most people, the new coronavirus causes only mild or moderate symptoms, such as fever and cough. For some, especially older adults and people with existing health problems, it can cause more severe illness, including pneumonia. The vast majority of people recover within weeks. According to the World Health Organization, people with mild cases of COVID-19 recover in about two weeks, while those with more severe cases may take three to six weeks to get better.

The Minnesota Department of Health said 54 residents have tested positive for the virus as of midday Monday, a jump from 35 on Sunday, but still no deaths. Ehresmann said investigators had not found any additional cases of community spread beyond the three announced Sunday, but that the new patients were still being interviewed. Most of the 54 live in the seven-county Twin Cities metropolitan area, but there have also been confirmed cases in Benton, Blue Earth, Olmsted, Renville, Stearns, and Waseca counties in Greater Minnesota.

Top House and Senate leaders kept their distances from each other and reporters at a news conference, where they said they would hold committee meetings and floor sessions on an on-call basis only through April 14. When they do meet to pass time-sensitive, essential legislation, they’ll only use spaces that allow six feet of distance between people. But constituents can still reach their lawmakers by phone and email and set up meetings.

A bill to provide around $100 million in funding to hospitals to help them prepare, was still being negotiated and details weren’t immediately available, but the leaders said they hoped to pass it Monday.

Democratic House Speaker Melissa Hortman said she “wouldn’t be surprised” if lawmakers come back to extend the state income tax filing deadline past April 15, as the federal government plans to do.

“This is a time that is unlike any that we’ve experienced, except for maybe 9/11,” Hortman said.

During the hiatus, Hortman said, lawmakers will focus on bills related to COVID-19, “mission-critical” legislation such as a public works borrowing bill, and proposals that have broad bipartisan support.