Mnuchin: White House Will Send Checks to Most Americans Within Three Weeks 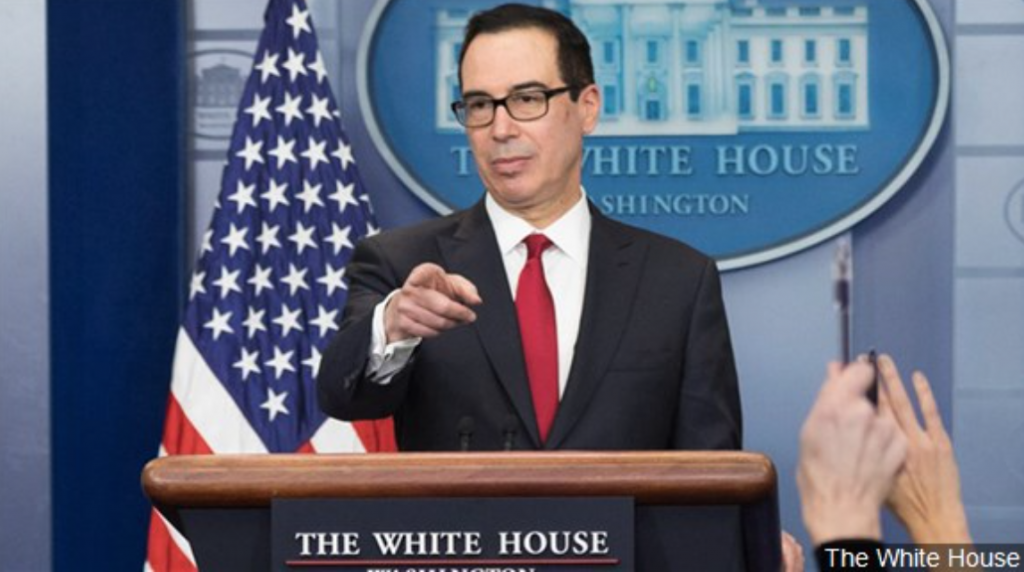 (AP/Fox 9) – Treasury Secretary Steven Mnuchin said on Thursday the White House is working to send $1,000 checks to most adult Americans within three weeks to offset the coronavirus pandemic, which has forced life in the U.S. to come to a grinding halt.

“We’re going to get out of this quickly,” Mnuchin told FOX Business’, Maria Bartiromo.

The cash checks are part of a broader $1 trillion plan introduced by the White House earlier this week. It includes $300 billion for small businesses to hire people and keep workers on the payroll; $200 billion for more facilities with the Federal Reserve for secured lending to hard-hit industries like airlines; and $500 billion in money “direct deposited” for most Americans.

He said such families would receive another $3,000 six weeks later if the national emergency still exists. Officials have previously said the money is expected to be allocated by income level, to exclude the super-wealthy.

It’s unclear what the income threshold will be for Americans to qualify for the checks. However, according to the Hill, Senate Republicans are reportedly considering making the limit $75,000 for individuals and $150,000 for couples.

“I think it’s clear we don’t need to send people who make a million dollars a year checks,” Mnuchin said earlier this week.