Walz: Minnesotans May Need to Shelter in Place Eventually

On Friday the Number of Confirmed Cases Hit 115 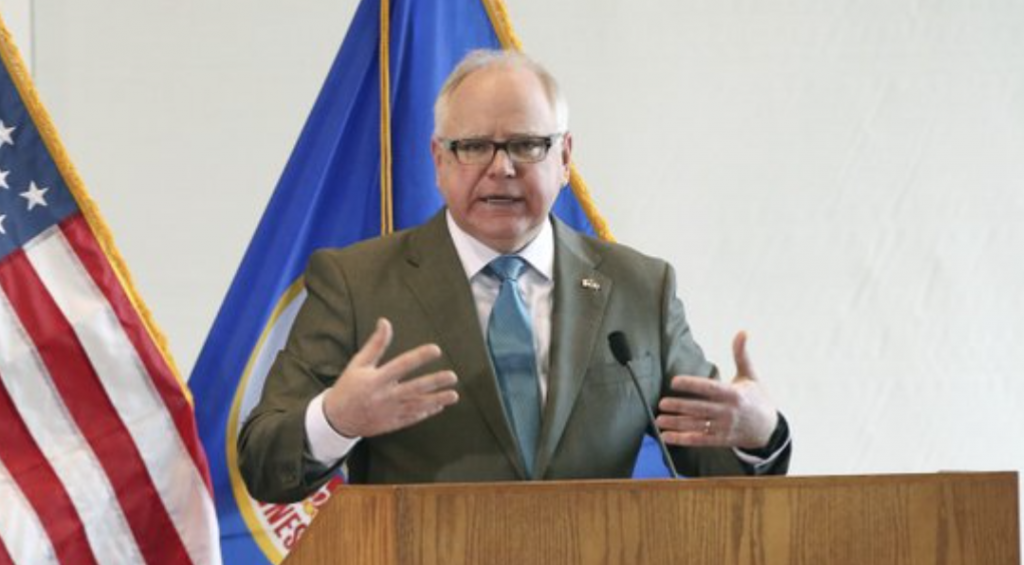 MINNEAPOLIS (AP) — Gov. Tim Walz said Friday that he might have to follow California’s lead at some point and order residents to shelter in place to try to slow the spread of COVID-19.

“I certainly think it is a possibility,” Walz said in an interview on WCCO Radio on Friday morning, adding that outside experts and state officials are working to determine what steps for “mitigation and suppression” are needed in Minnesota. “We have to have every tool in the toolbox.”

The governor also said the COVID-19 numbers “are going to jump way up” when the Minnesota Department of Health updates its figures Friday. The department on Friday morning put the number of confirmed cases in Minnesota at 115, up 26 from the day before.

But the confirmed cases figure just represents “the tip of the iceberg” because not everyone who gets sick can be tested due to restrictions the state imposed earlier this week to cope with the national shortage of testing supplies, Kris Ehresmann, the department’s infectious disease director, said Thursday. The real total is likely much higher and the disease is probably spreading throughout the state, she said.

One issue lawmakers will have to contend with is that the state’s budget surplus is effectively gone and the state could end up in a deficit because of recessionary pressures, he said. The next economic update from Minnesota Management and Budget is due April 10.

The governor also thanked Minnesotans for their patience, kindness, and perseverance.

“I recognize that this has been an incredibly hard week,” he said. “This has probably been one of the most confusing and disruptive weeks that many Minnesotans have ever seen.”