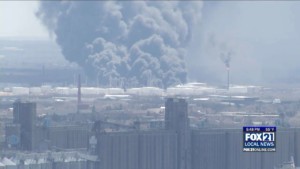 SUPERIOR, Wis. (AP) – Husky Energy has suspended rebuilding its oil refinery in Superior that was damaged by an explosion two years ago because of the coronavirus outbreak.

A spokeswoman for the Alberta, Canada-based company said Tuesday that Husky has “begun a systematic and orderly suspension of major construction activities related to the Superior rebuild project.”

The fire and explosion in April 2018 injured dozens of people and forced thousands to evacuate. Husky received the final approvals to begin reconstruction in September and had expected to wrap up the $400 million project early next year.