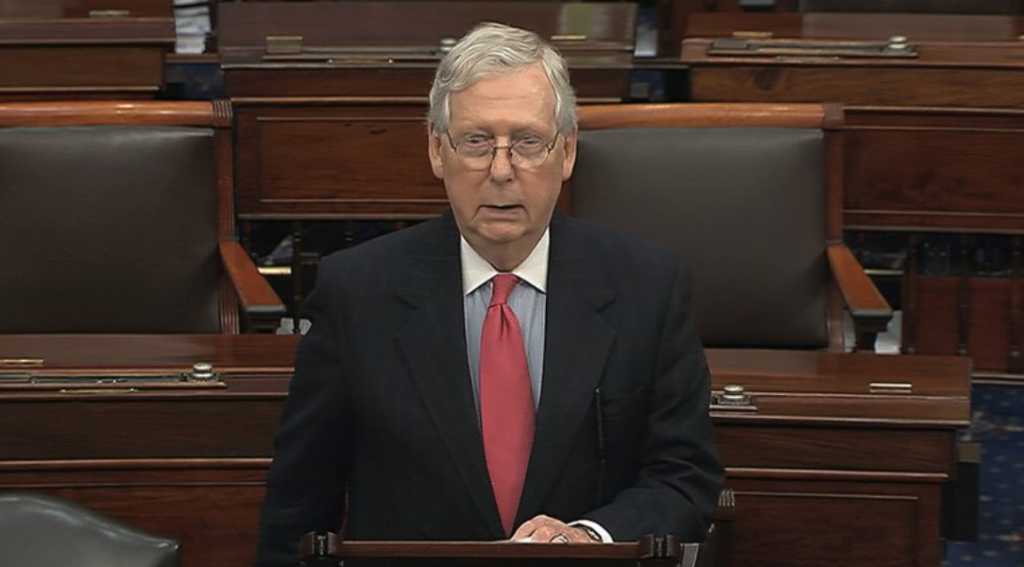 The unanimous vote Wednesday came despite misgivings on both sides about whether it goes too far or not far enough and capped days of difficult negotiations as Washington confronted a national challenge unlike it has ever faced.

The package is intended as a relief for an economy spiraling into recession or worse and a nation facing a grim toll from an infection that’s killed more than 21,000 people worldwide. Treasury Secretary Steven Mnuchin asked how long the aid would keep the economy afloat, said: “We’ve anticipated three months. Hopefully, we won’t need this for three months.”

Underscoring the effort’s sheer magnitude, the bill finances a response with a price tag that equals half the size of the entire $4 trillion-plus annual federal budget. The $2.2 trillion estimates is the White House’s best guess.

Schumer boasted of negotiating wins for transit systems, hospitals and cash-hungry state governments that were cemented after Democrats blocked the measure in votes held Sunday and Monday.

But Cuomo said the Senate package would send less than $4 billion to New York, far short of his estimate that the crisis will cost his state up to $15 billion over the next year. More than 280 New Yorkers have died from the virus, a death toll more than doubles that of any other state.

Republicans won inclusion of an employee retention tax credit that’s estimated to provide $50 billion to companies that retain employees on payroll and cover 50% of workers’ paycheck up to $10,000. Companies would also be able to defer payment of the 6.2% Social Security payroll tax.