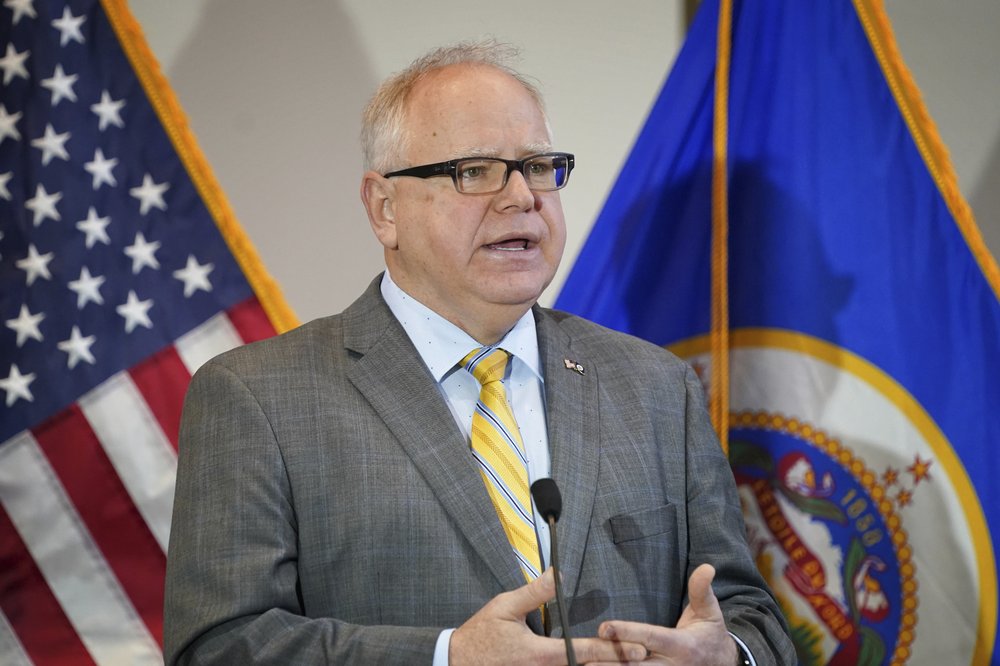 ST. PAUL, Minn. (AP) — Gov. Tim Walz has announced that he’ll deliver his postponed State of the State address on Sunday evening at 7 p.m., and he says he’s looking forward to speaking directly to Minnesotans during this uncertain time.

The governor said Wednesday that he’ll deliver the speech alone with a remote camera from the Governor’s Residence, where he was in his 12th day of self-quarantining since a member of his security detail tested positive for COVID-19.

“It is appropriate at this time with the character of Minnesota shining so brightly that we address where we’re at, and more importantly, where we’re going,” Walz said in his daily briefing for reporters.

Minnesotans can view the address on YouTube Live and participating media outlets.

Walz was originally going to deliver his State of the State address to a joint session of the Legislature on March 23 but had to cancel it amid the COVID-19 outbreak.