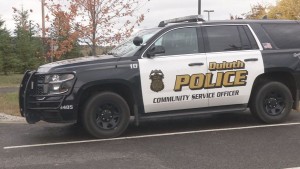 DULUTH, Minn. –  Duluth police are investigating after a report of “shots fired” overnight in an alley in the Lincoln Park neighborhood.

The report came in just before midnight Saturday between West 1st Street and West 2nd Street near 26th Avenue West.

When police arrived, they found spent shell casings, according to a spokeswoman.

Nobody was injured and no arrests were made as of Sunday evening.