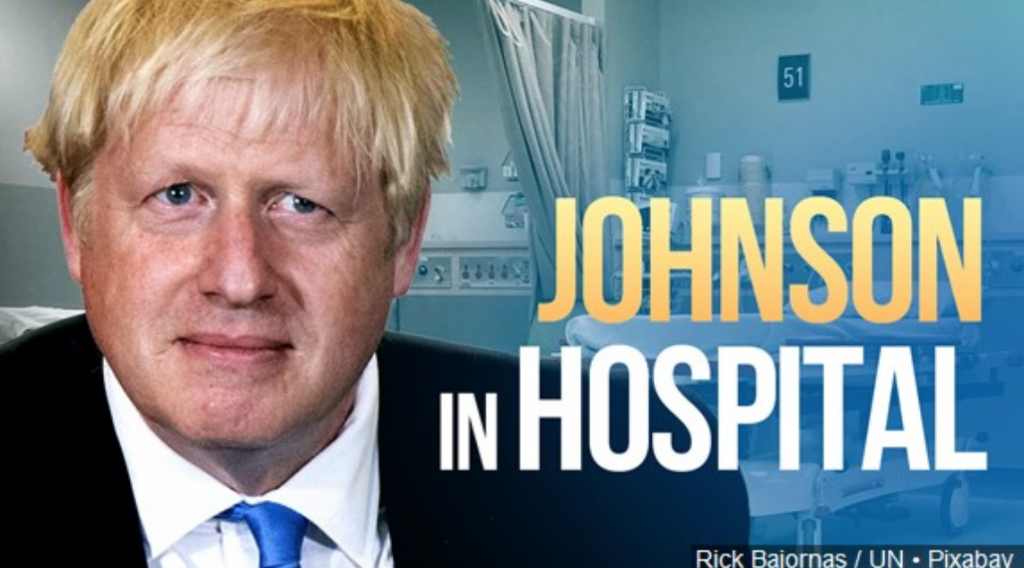 LONDON (AP) — British Prime Minister Boris Johnson was moved to the intensive care unit of a London hospital after his coronavirus symptoms worsened Monday, just a day after he was admitted for what were said to be routine tests

Johnson was admitted to St. Thomas’ Hospital late Sunday, 10 days after he was diagnosed with COVID-19.

“Over the course of this afternoon, the condition of the Prime Minister has worsened and, on the advice of his medical team, he has been moved to the Intensive Care Unit at the hospital,” his office said in a statement.

Downing St, said Johnson was conscious and does not require ventilation at the moment, but was in the intensive care unit in case he needed it later.

Derek Hill, a professor of medical imaging science at University College London said that since COVID-19 causes difficulty breathing, one test performed on people with the disease is lung imaging with ultrasound or CT scans to see how badly they might be affected.

“Some people are rapidly discharged,” he said. “Some others can quickly deteriorate and need help breathing. We have no reason to believe the PM needs such help.‘’