Walz Expects to Extend Stay-at-Home Through End of April 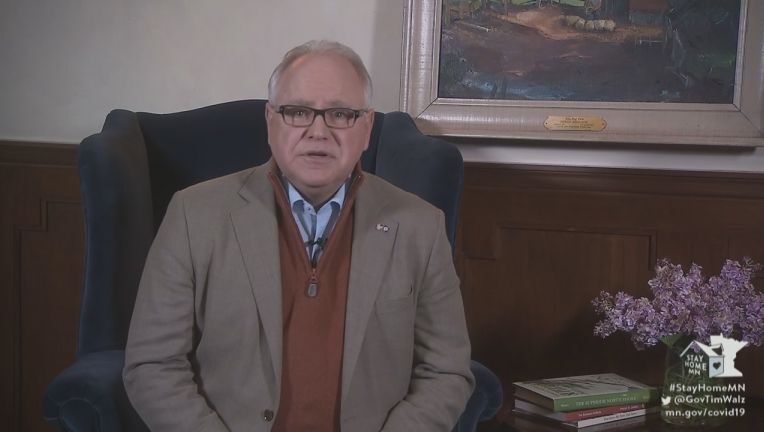 MINNEAPOLIS (AP) — Minnesota has one of the lowest COVID-19 infection rates in the country but the state must not get complacent, Gov. Walz said Monday, as he prepared to extend a stay-at-home order that he imposed nearly two weeks ago.

“Minnesota is 17 per 100,000 right now,” Walz told reporters of the state’s infection rate. “It puts us best in the country. But we’re not resting on those laurels. We’re preparing for what will come, a surge to our hospitals, a burden on those emergency rooms, and the risk to our neighbors.”

The governor said he doesn’t want people to get complacent about the Centers for Disease Control and Prevention data that was released earlier Monday. Minnesota is testing at a higher rate than other states, but not enough to provide a true picture of the extent of the virus’ spread, he said.

Minnesota’s count of confirmed cases rose to 986, up 51 from Sunday. The number of deaths attributed to COVID-19, the disease caused by the virus, rose by one to 30.

Of the positive cases, 470 no longer needs to be isolated. As of Monday, 115 patients were hospitalized, up 11 from Sunday, with 57 in intensive care, up nine from a day earlier.

Walz’s original stay-at-home order runs through Friday but he has said in recent days that he’s not ready to lift it. Walz said he hopes to announce a decision “in the next day or two,” and he indicated it will likely run through the end of April, in keeping with federal guidance, and may include some tweaks to the ground rules.

While Minnesotans have largely been very good about social distancing, he said, they’re not so good about it in parks and other recreation areas.

The Minnesota Legislature will reconvene Tuesday to pass a bill that would ensure first responders and health care workers who are infected with the coronavirus qualify for workers’ compensation without having to prove they were sickened on the job.