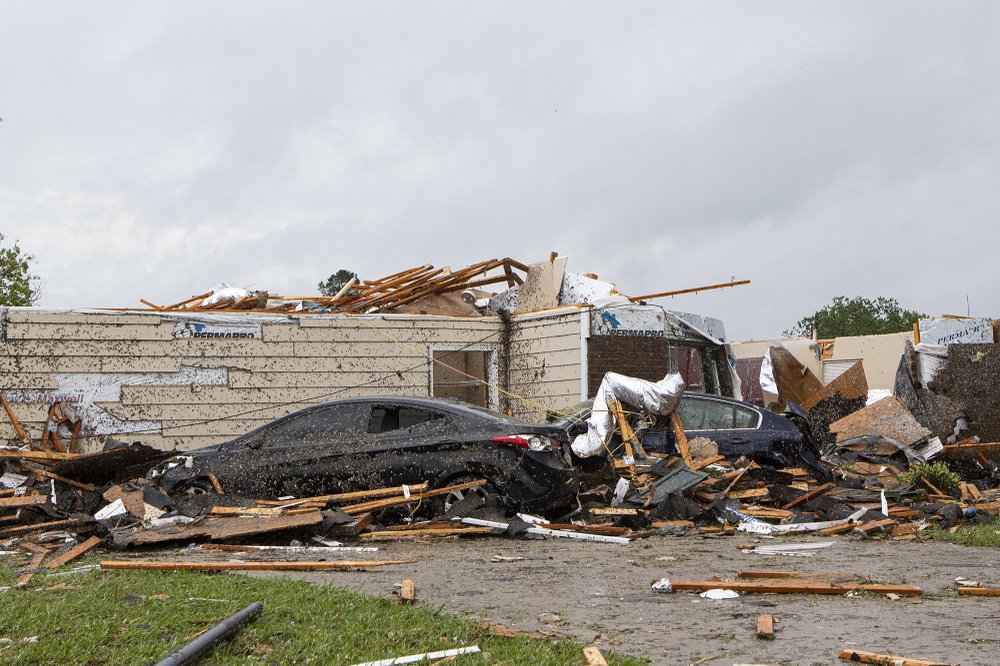 JACKSON, Miss. (AP) — Severe weather has swept across the South, killing at least 19 people and damaging hundreds of homes from Louisiana into the Appalachian Mountains.

Many people spent part of the night early Monday sheltering in basements, closets and bathroom tubs as sirens wailed to warn of possible tornadoes.

Eleven people were killed in Mississippi, and six more died in northwest Georgia. Two other bodies were pulled from damaged homes in Arkansas and South Carolina.

The storms blew onward through the night, causing flooding and mudslides in mountainous areas, and knocking out electricity for about 750,000 customers in a 10-state swath ranging from Texas to Georgia up to West Virginia, according to poweroutages.us.

The National Weather Service tallied hundreds of reports of trees down across the region, including many that punctured roofs and downed power lines.

The storms knocked down trees across Pennsylvania, and an apparently strong tornado moved through southern South Carolina, leaving chaos in its wake.

Meteorologists warned the mid-Atlantic states to prepare for potential tornadoes, wind, and hail on Monday.