This latest round of layoffs comes after 45 temporary/seasonal employees were also laid off. 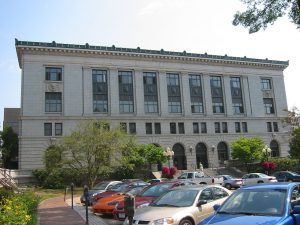 DULUTH, Minn. — The city of Duluth is laying off nearly 50 more employees on top of dozens of temporary and seasonal positions because of a massive projected budget shortfall.

A spokesperson for Mayor Emily Larson said Wednesday that 49 full-time employees are affected in this latest round of layoffs.

The positions range from housing inspectors within the fire department to library technicians, janitors, park maintenance workers and parking agents with the police department.

This all comes after Larson announced earlier this week a projected budget shortfall of as much as $25 to $30 million this year.

Tourism tax revenue is expected to be down as much as 75 percent — dropping $6 to $9 million from its usual level of around $12 million.

Here’s a breakdown of the positions affected (PPL is the Properties, Parks & Libraries Department):