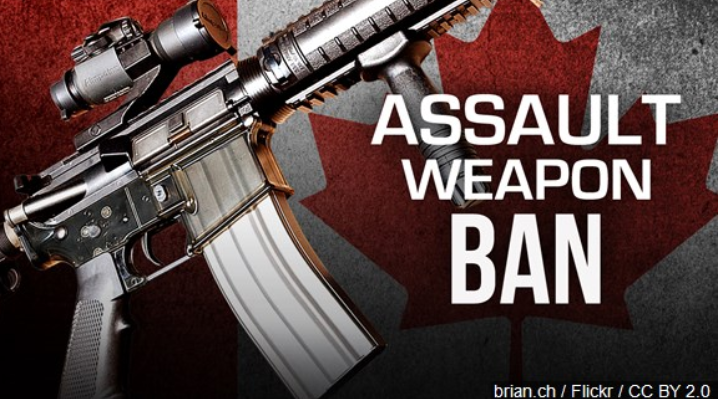 TORONTO (AP) — Prime Minister Justin Trudeau announced an immediate ban Friday on the sale and use of assault-style weapons in Canada, two weeks after a gunman killed 22 people in Nova Scotia.

“Canadians need more than thoughts and prayers,” he said, rejecting the reaction of many politicians after mass shootings.

Trudeau cited numerous mass shootings in the country, including the rampage that killed 22 in Nova Scotia April 18 and 19. He announced the ban of over 1,500 models and variants of assault-style firearms, including two guns used by the gunman as well as the AR-15 and other weapons that have been used in a number of mass shootings.

“You do not need an AR-15 to take down a deer,” Trudeau said. “So, effective immediately, it is no longer permitted to buy, sell, transport, import, or use military-grade, assault weapons in this country.”

There is a two-year amnesty period while the government creates a program that will allow current owners to receive compensation for turning in the designated firearms or keep them through a grandfathering process yet to be worked out.

Under the amnesty, the newly prohibited firearms can only be transferred or transported within Canada for specific purposes. Owners must keep the guns securely stored until there is more information on the buyback program.

Mary-Liz Power, a spokeswoman for Canada’s public safety minister, said details of how the buyback program will work will be determined by the government and the other parties in Parliament.

“We can’t prejudge what the result of the parliamentary process will be. That is when details about grandfathering would be determined,” Power said.

Trudeau said the weapons were designed for one purpose and one purpose only: to kill the largest number of people in the shortest amount of time.

“Today we are closing the market for military-grade assault weapons in Canada,” he said.

Trudeau has said his government would introduce further gun control legislation prohibiting military-style assault weapons, a measure that had already been planned before the coronavirus pandemic interrupted the current parliamentary session.

The gunman in Nova Scotia, 51-year-old Gabriel Wortman, shot 13 people to death and set fires that killed nine others in one of the worst mass shootings in the country’s history. Police have said he used a handgun that was obtained in Canada and long guns that he obtained in the U.S., but they have not specifically said what guns he used.

The rampage started with an assault on his girlfriend and it ended with 22 people dead in communities across central and northern Nova Scotia. A number of people had disputes with the gunman.