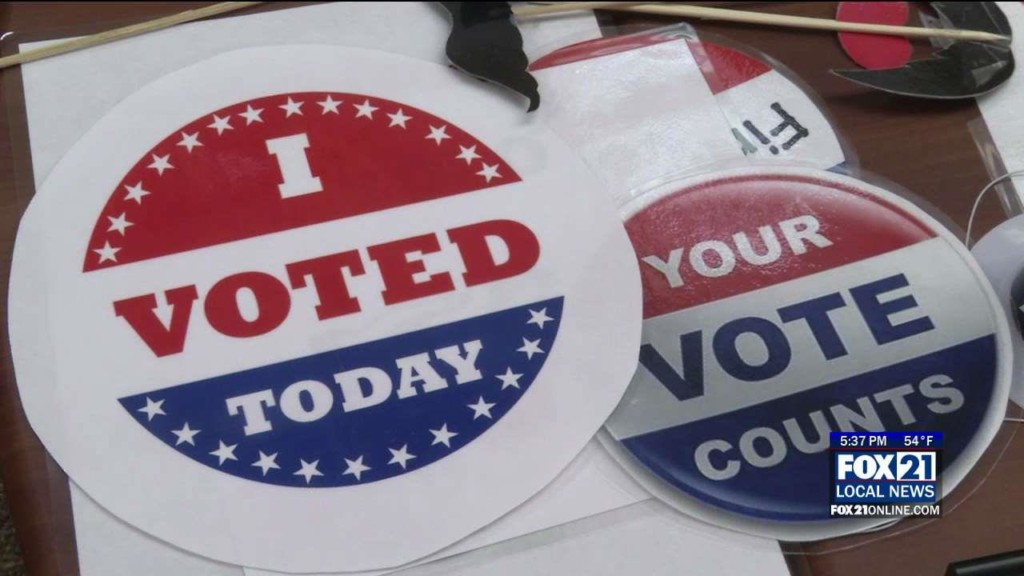 MADISON, Wis. (AP) – Tuesday’s special election will help measure the enthusiasm of Republicans in a deeply conservative part of Wisconsin just over a month after a liberal-backed Wisconsin Supreme Court candidate won a statewide race over a Trump-backed candidate.
The winner in Wisconsin’s deeply conservative 7th District will replace Republican Sean Duffy who held the seat since 2011 and remains a vocal Trump backer.

Republican state Sen. Tom Tiffany faced Democrat Tricia Zunker, the Wausau School Board chair. It’s the second time voters will leave their homes in five weeks to cast ballots in the middle of a stay-at-home order issued to slow the spread of the coronavirus pandemic. Wisconsin held its presidential primary election on April 7.

Unlike that election, there have been no widespread calls to delay or otherwise alter voting for Tuesday’s special election. For one thing, the massive 18,800-square-mile district is mostly rural and has very few confirmed cases of COVID-19. The district, which includes 21 counties and portions of five others, has fewer than 2% of all positive coronavirus cases in the state and less than 2.5% of all deaths.

However, about 250 members of the Wisconsin National Guard were activated to help staff polls due to a shortage of willing workers. About 2,500 Guard members were activated for the April election.

Shery Weinkauf, the clerk for the village of Weston, said voters felt safe in April and the same safeguards are being put in place for Tuesday’s election. Those include keeping voters at a 6-foot distance from one another, making hand sanitizer available, and having all poll workers wear masks.

“I feel much more comfortable moving forward with this election than I did with the last election because during the last election there were so many unknowns,” Weinkauf said. “I don’t think we all knew enough what was going on with the COVID-19. And so it was that it was maybe a little scary and stressful. I don’t feel that way anymore.”

The winner will serve the remainder of the year but will have to stand for election again in November to serve a full two-year term.

Results for the election are expected later tonight.