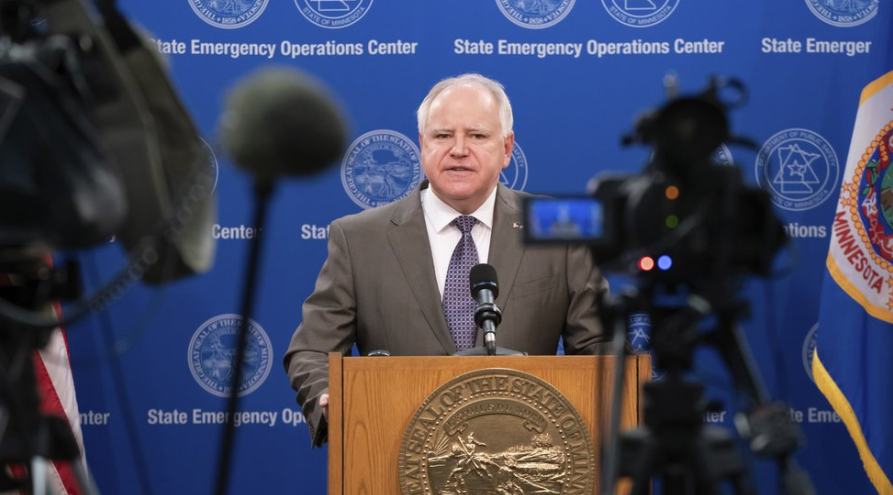 MINNEAPOLIS (AP) — Unless the divided Minnesota Legislature agrees on something different, Democratic Gov. Tim Walz and his agency heads will have complete authority to decide how to spend Minnesota’s nearly $2 billion shares of coronavirus aid under the federal CARES Act, Democratic leaders said Tuesday.

A bill by Sen. Julie Rosen, of Vernon Center, which awaits a floor vote, would direct $667 million of that aid go to counties, cities, and towns on a per-capita basis. She said at a committee hearing Monday evening that it was an effort to ensure the funds are distributed fairly to local governments that are incurring high costs fighting the COVID-19 pandemic.

The League of Minnesota Cities and other groups representing local governments have endorsed that approach. But some Democrats on the committee suggested that the formula treats big cities, big counties, and some hard-hit rural counties unfairly because of their unique burdens in responding to the pandemic.

Revenue Commissioner Cynthia Bauerly testified for the Walz administration that she understands wanting to get the money to local governments as soon as possible, but suggested it might be wise to hold some back for a targeted response to future developments. She said the formula would create winners and losers because it doesn’t target counties that have felt the heaviest impacts.

Democratic House Speaker Melissa Hortman, of Brooklyn Park, told reporters on a conference call Tuesday that she considers the Senate bill an “extreme” negotiating position staked out for the end game of the legislative session, which must end by Monday. She said House Democrats would introduce their own proposal Wednesday and give it a hearing Thursday. She did not give details of what would be in it.

Hortman said the governor essentially “holds a full house” and doesn’t need the Legislature to do anything for allocating the federal funding.

“If the Legislature wants to be part of driving that train, it needs to be reasonable in its expectations and demands on the executive,” the speaker said. “And to the extent that the Legislature is not reasonable and makes unreasonable demands about how that money should be allocated, the governor has all the authority he needs to spend it the way he chooses.”

On Wednesday, Walz is expected to extend his peacetime state of emergency order until June 12. The governor has used his emergency powers to order Minnesotans to stay home, and to close bars, restaurants, schools, and non-essential businesses.

The order expires Wednesday. Hortman said the governor has used his emergency powers well and needs to retain them to respond quickly to developments. But Republican House Minority Leader Kurt Daudt, of Crown, said it’s time to let those powers expire.

The Minnesota Department of Health on Tuesday reported 695 new confirmed cases and 23 deaths statewide, lifting the state’s case count to 12,494 and its death toll to 614. The department also said 496 patients were hospitalized with the disease as of Tuesday, a new high that was up 44 from Monday, with 199 of those patients in intensive care.