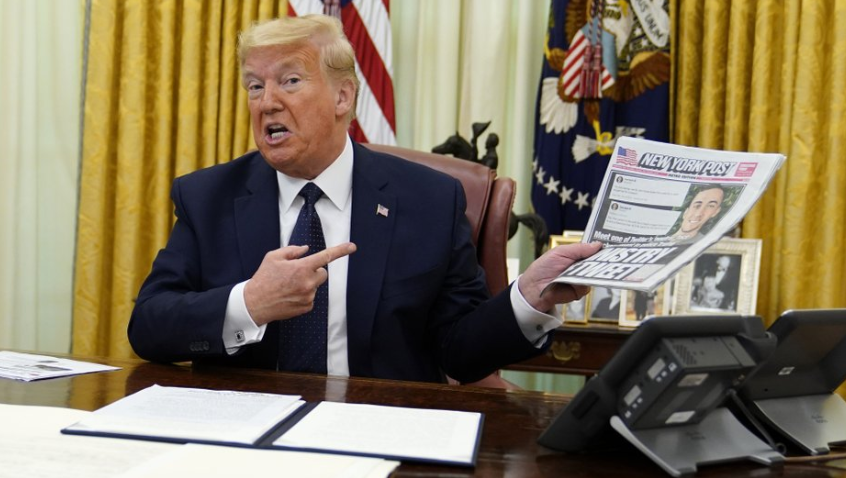 WASHINGTON (AP) — President Donald Trump escalated his war on social media companies, signing an executive order Thursday challenging the liability protections that have served as a bedrock for unfettered speech on the internet.

Trump said the fact checks were “editorial decisions” by Twitter and amounted to political activism. He said it should cost those companies their protection from lawsuits for what is posted on their platforms.

“Today, I am signing an Executive Order to protect and uphold the free speech and rights of the American people.” pic.twitter.com/agTIJ2KR6C

Trump and his allies, who rely heavily on Twitter to verbally flog their foes, have long accused the tech giants in liberal-leaning Silicon Valley of targeting conservatives on social media by fact-checking them or removing their posts.

“We’re fed up with it,” Trump said, claiming the order would uphold freedom of speech.

It directs executive branch agencies to ask independent rule-making agencies including the Federal Communications Commission and the Federal Trade Commission to study whether they can place new regulations on the companies — though experts express doubts much can be done without an act of Congress.