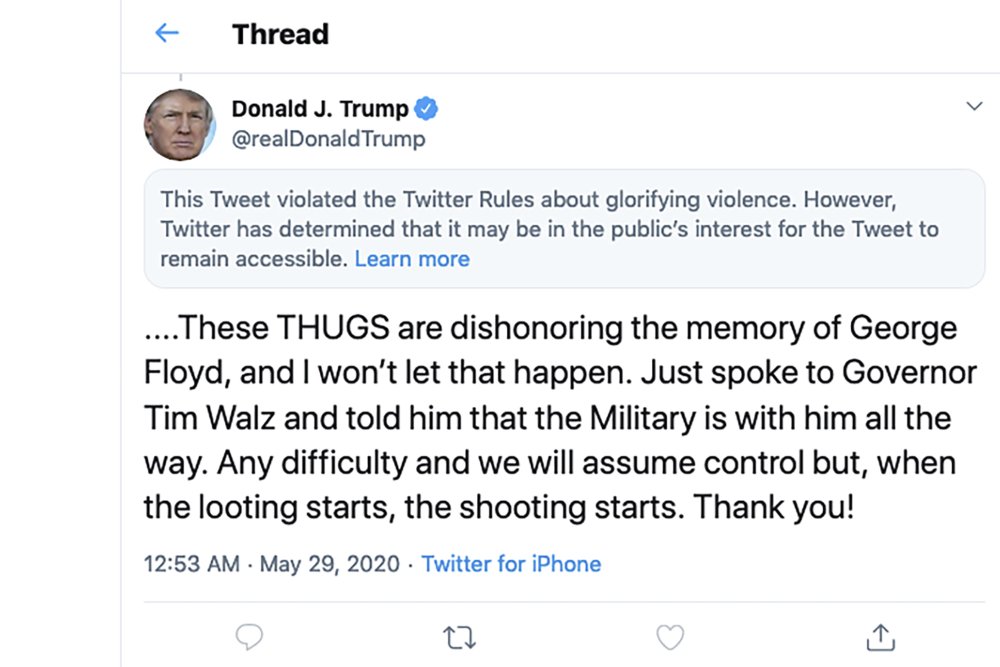 WASHINGTON (AP) — Twitter has added a warning to one of President Donald Trump’s tweets about protests in Minneapolis.

The company says the tweet violated the platform’s rules about glorifying violence.

Trump has been at war with Twitter since earlier this week when it applied fact checks to two of his tweets about mail-in ballots.

The third tweet to be flagged is about violent protests over the death of George Floyd, a handcuffed black man who pleaded for air as a white police officer kneeled on his neck.

Trump tweeted, “Any difficulty and we will assume control but, when the looting starts, the shooting starts.

Twitter did not remove the tweet, saying it had determined it might be in the public interest to have it remain accessible. It does that only for tweets by elected and government officials. But the tweet was hidden so that a user looking at Trump’s timeline would have to click on the warning to see the original tweet.