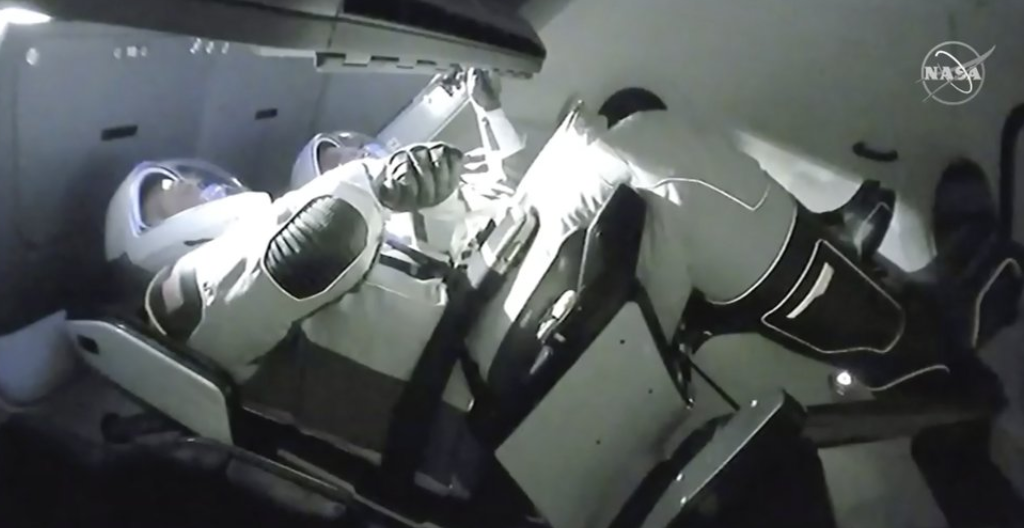 CAPE CANAVERAL, Fla. (AP) — SpaceX delivered two astronauts to the International Space Station for NASA on Sunday, following up a historic liftoff with an equally smooth docking in yet another first for Elon Musk’s company.

With test pilots Doug Hurley and Bob Behnken poised to take over manual control if necessary, the SpaceX Dragon capsule pulled up to the station and docked automatically, no assistance needed. The linkup occurred 262 miles above the China-Mongolia border.

Once the capsule was latched securely to the space station, the congratulations flowed from NASA, SpaceX, and the astronauts.

“Congratulations on a phenomenal accomplishment and welcome to the International Space Station,” SpaceX Mission Control said from Hawthorne, California.

It was the first time a privately built and owned spacecraft carried astronauts to the orbiting lab in its nearly 20 years. NASA considers this the opening volley in a business revolution encircling Earth and eventually stretching to the moon and Mars.

NASA has yet to decide how long Hurley and Behnken will spend at the space station, somewhere between one and four months. While they’re there, the Dragon test pilots will join NASA’s Cassidy and two Russian station residents in performing experiments and possibly spacewalks to install fresh station batteries.