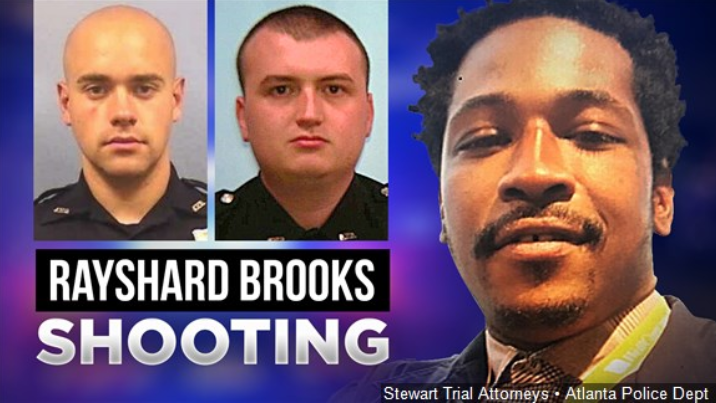 ATLANTA (AP) — The Atlanta officer who fatally shot Rayshard Brooks in the back after the fleeing man pointed a stun gun in his direction is going to be charged with felony murder and 10 other crimes.

Howard said Rolfe kicked Brooks while he lay on the ground and that the officer with him, Devin Brosnan, stood on Brooks’ shoulder as he struggled for life Friday night.

Rolfe had already been fired after he fatally shot the 27-year-old Brooks. Brosnan had been put on administrative leave. Brosnan is being charged with aggravated assault and other crimes.

The shooting had sparked new demonstrations in Georgia’s capital against police brutality.