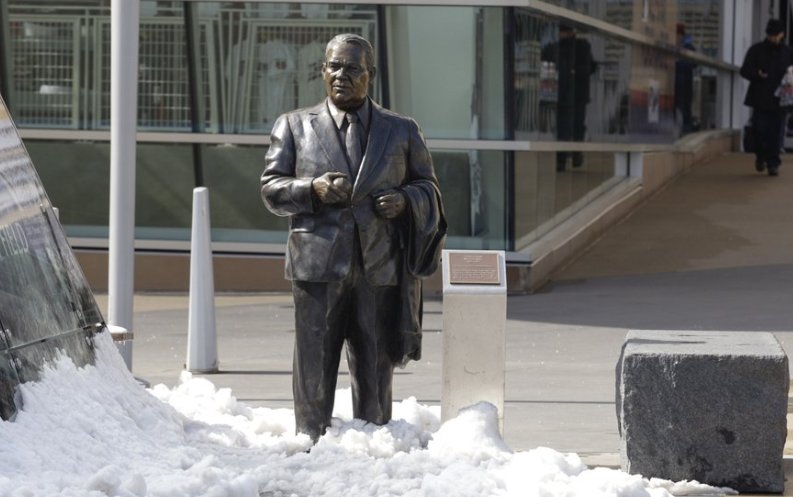 MINNEAPOLIS (AP) — The Minnesota Twins have removed a statue of former owner Calvin Griffith at Target Field, citing racist remarks he made in 1978.

Griffith’s statue was one of several installed when the team opened its ballpark in 2010.

Griffith moved the Washington Senators to Minnesota for the 1961 season, and the team was renamed the Twins.

During a 1978 speech to a Waseca Lions club, Griffith said he decided to do make the move “when I found out you only had 15,000 blacks here.”

The team says it “cannot remain silent and continue ignoring the racist comments he made in Waseca.”