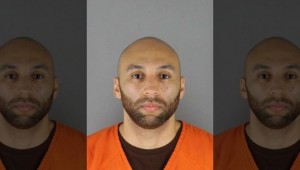 MINNEAPOLIS (AP) – A second former Minneapolis police officer charged in the death of George Floyd is out of jail after posting bail.

According to online records, 26-year-old J. Kueng, posted bail of $750,000 and was released from the Hennepin County Jail, with conditions, about 7:30 p.m. Friday.

Kueng is charged with aiding and abetting both second-degree murder and manslaughter for his role in the arrest of Floyd, a handcuffed Black man who died May 25 after another officer, Derek Chauvin, pressed his knee to Floyd’s neck.

Chauvin is being held on $1 million bail at Minnesota’s maximum security prison in Oak Park Heights.