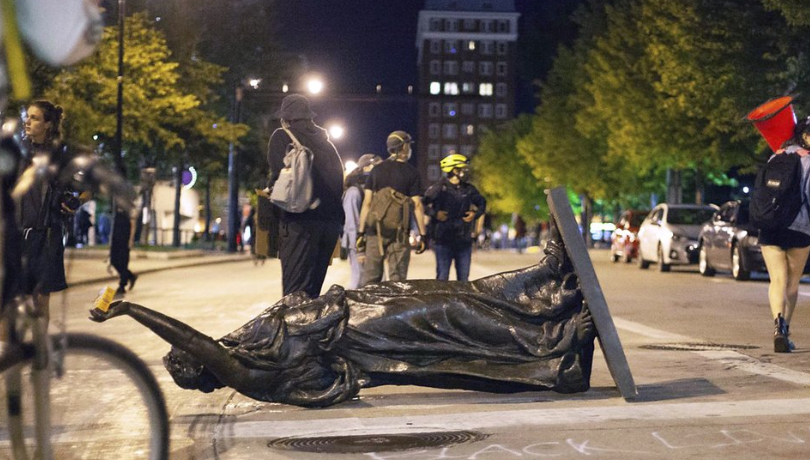 MADISON, Wis. (AP) — Wisconsin’s governor has activated the National Guard to protect state properties after a night of violence that included the toppling of two statues outside the state Capitol and an attack on a state senator.

Protesters also threw a Molotov cocktail into a government building and attempted to break into the Capitol, only to be repelled by pepper spray from police stationed inside.

The violence broke out Tuesday night as a group of 200 to 300 people protested the arrest of a Black man who shouted at restaurant customers through a megaphone while carrying a baseball bat.